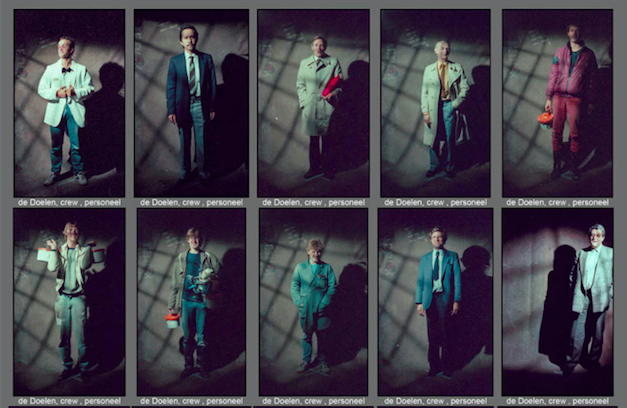 During the 1985 new wave pop festival Pandora’s Music Box, which took place in the Concert Hall De Doelen. all visitors were compulsory required to be photographed upon entry. The collection from that evening, gives a unique and hip image of fashion and time from the turbulent eighties, with the then current and exciting music. Pandora’s Music Box stopped after 1985, however with the then innovative programming it became the example for later festivals, such as Lowlands. The many photo’s taken, were long stored with co-organizer and founder of Mojo Concerts, Mr. Berry Visser. DIG IT UP rediscovered the photos a few years ago, scanned and made them accessible. The exhibition on show in 2017/ 2018, attracted a lot of interest. During 2019, the collection will be shown for a month, on the wall of Theater Rotterdam Schouwburg. Ook deze fotocollectie werd overgedragen aan Stadsarchief Rotterdam. The exhibition Pandora’s Music Box took place from November 19, 2017 through June 11, 2018.